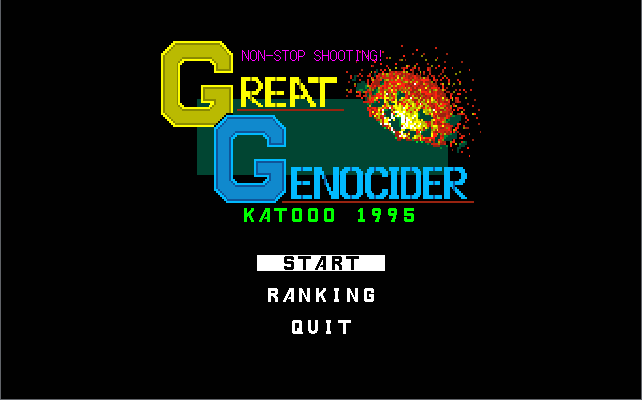 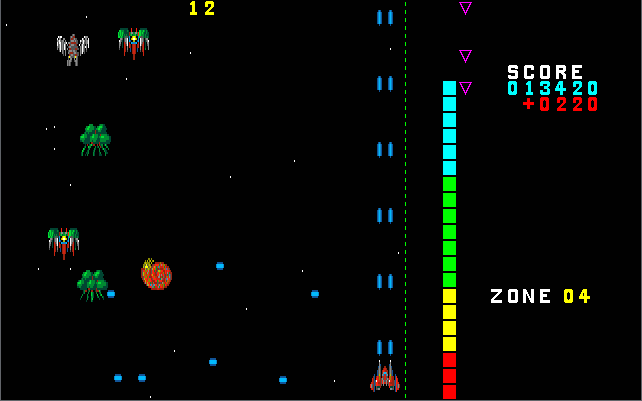 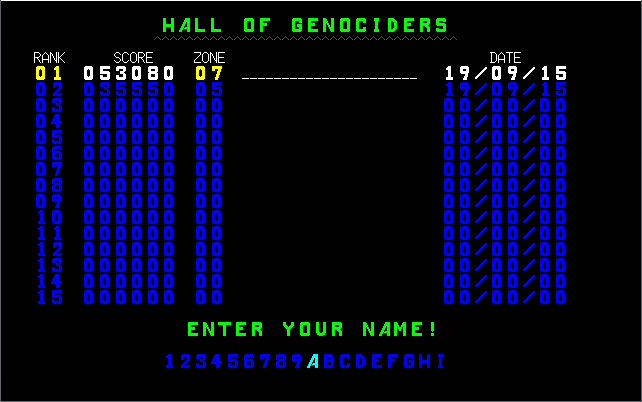 Adult Content:
None
This shooter changes things up a bit by not giving you lives, but a time limit, and your time remaining is penalized whenever you die. Each round involves having to kill a number of continuously-spawning enemies, with the "zone" concluding once the kill count (show at the top) is reduced to zero, at which time all enemies on screen die, and a new "zone" starts almost immediately. You die in one shot, and are put back to the start of the zone with your kill number reset whenever you're hit.

There don't appear to be any power-ups or bombs, and the controls are just the arrow keys and Z to fire. It's reasonably hard, as there's a continual procession of new enemies as the rounds advance, manyof whom take multiple shots to kill (and some just want to ram you.) Your ship is relatively large and has a hitbox which matches the graphic pretty well. Although the controls and speed seem to work fine on Anex86, for whatever reason the high score name entry is overly senstive and essentially impossible to use.